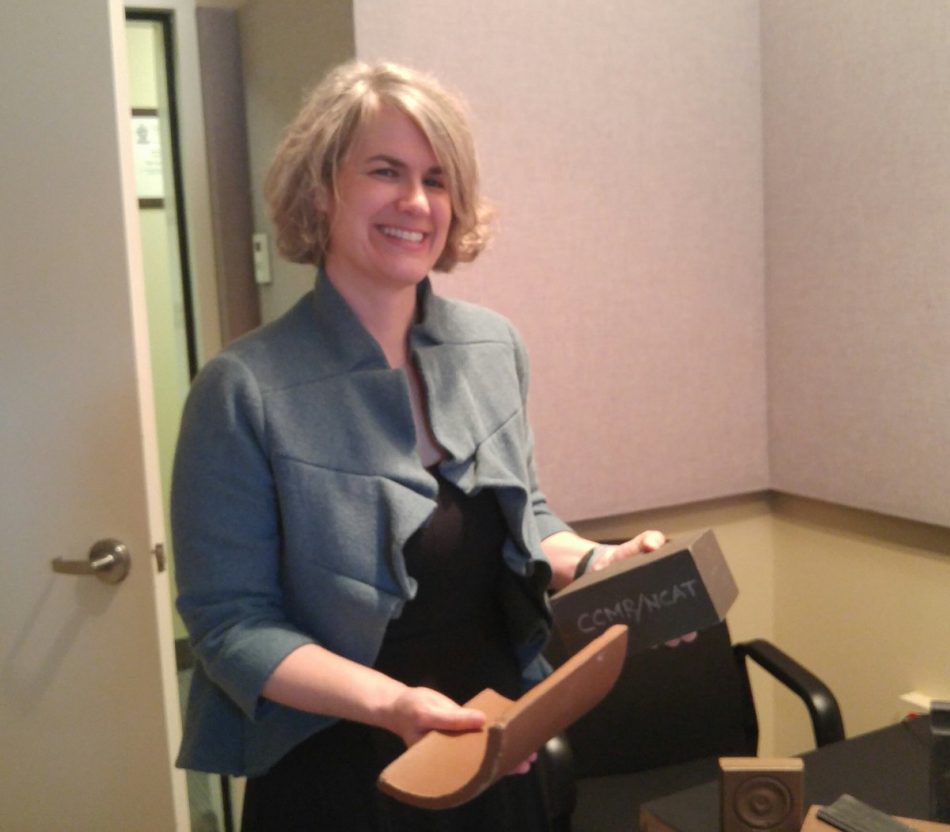 Talking With Keri Brown At WFDD

Thank you to Keri Brown for taking time to meet with me on Tuesday morning. It is always great to meet with Keri and to share her passion about environmental causes. She has won two Edward R. Murrow Award related to her stories on coal ash – one for the Dan River Spill and a second profiling Belews Creek. 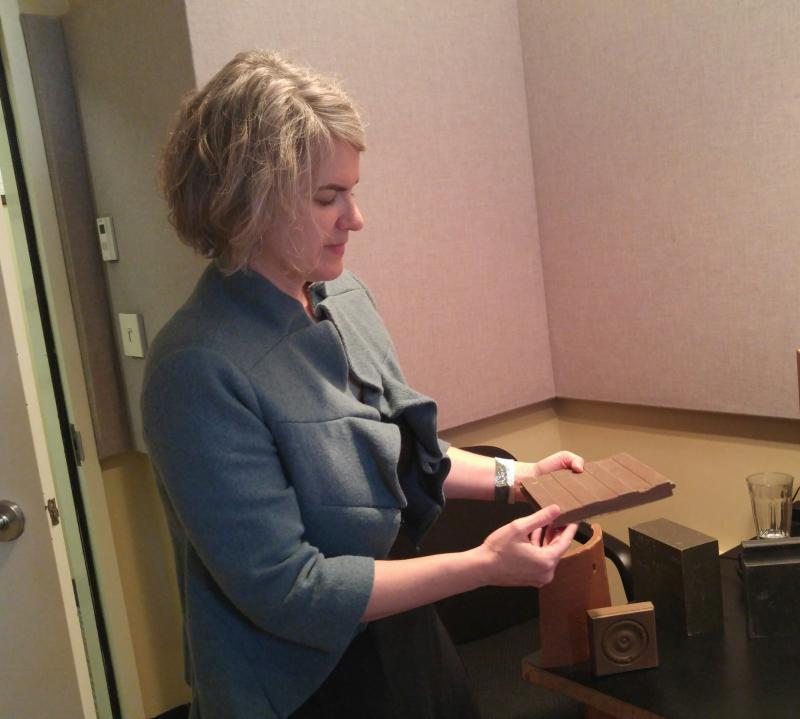 Caroline Armijo looks at composite building material made out of coal ash. She is partnering with North Carolina A&T State University and other organizations to create public art with coal ash in Stokes County. Keri Brown/WFDD

A local artist is using her talents to create a new public art display in Stokes County.

“The sculpture itself will be the centerpiece,” says Armijo. “It could be a gateway with the lilies above or it may be a freestanding sculpture, so the actual design has not been determined, but I’m hoping it can be a warm and inviting place where people can share stories and come with their kids.”

Armijo says the project also includes collecting oral histories of residents who have been affected by coal ash. The information will be used to create a walking tour and original performance.

The artwork will have to be installed by the end of June 2020, according to the grant. Several community workshops will be held in the coming months to discuss where in Walnut Cove the artwork will be located.

Armijo says the project will also be a tribute to the arts heritage in Stokes County.

“The name of the project was inspired from the movie Lilies of the Field,” says Armijo. Jester Hairston, born in Belews Creek, wrote the music “Amen” for that film, which is the first movie for which an African-American won an Academy Award. “Hairston is a world-known composer and actor, and I wanted to somehow honor him.”

There are around 20 million tons of coal ash at the Belews Creek Steam Station. Armijo says she isn’t sure how much of the ash will be used in her art project, but she hopes it will draw more attention to other recycling possibilities and cleaning up the site.