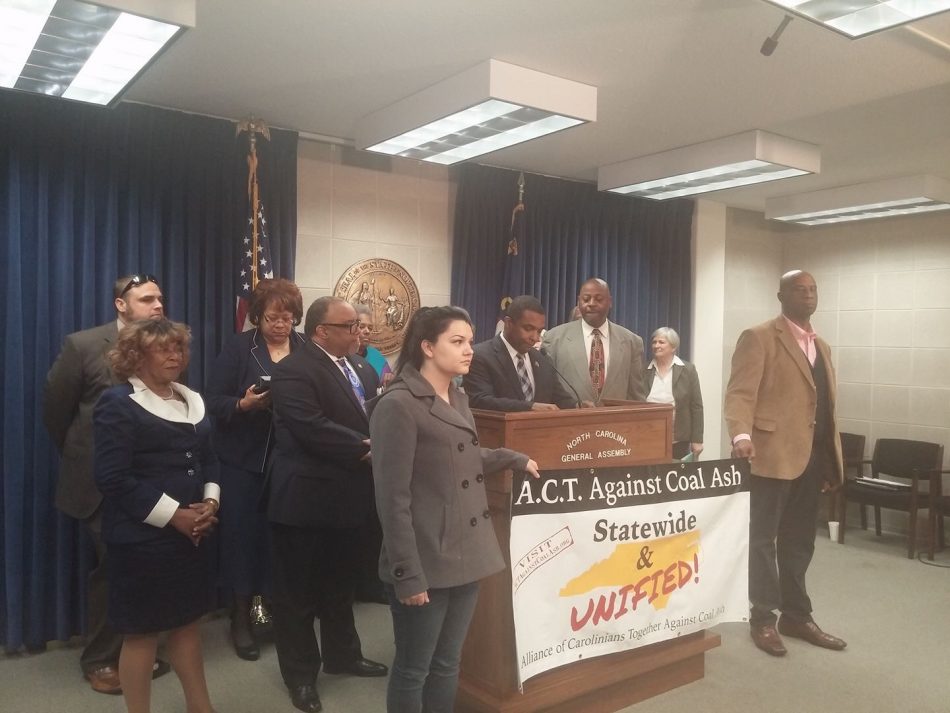 Groundhog’s Day is the three anniversary of the Dan River Spill. Today I head to Raleigh to lobby my state representatives for more safe coal ash storage and more recycling of ash. Following is my speech at the mid-day press conference: 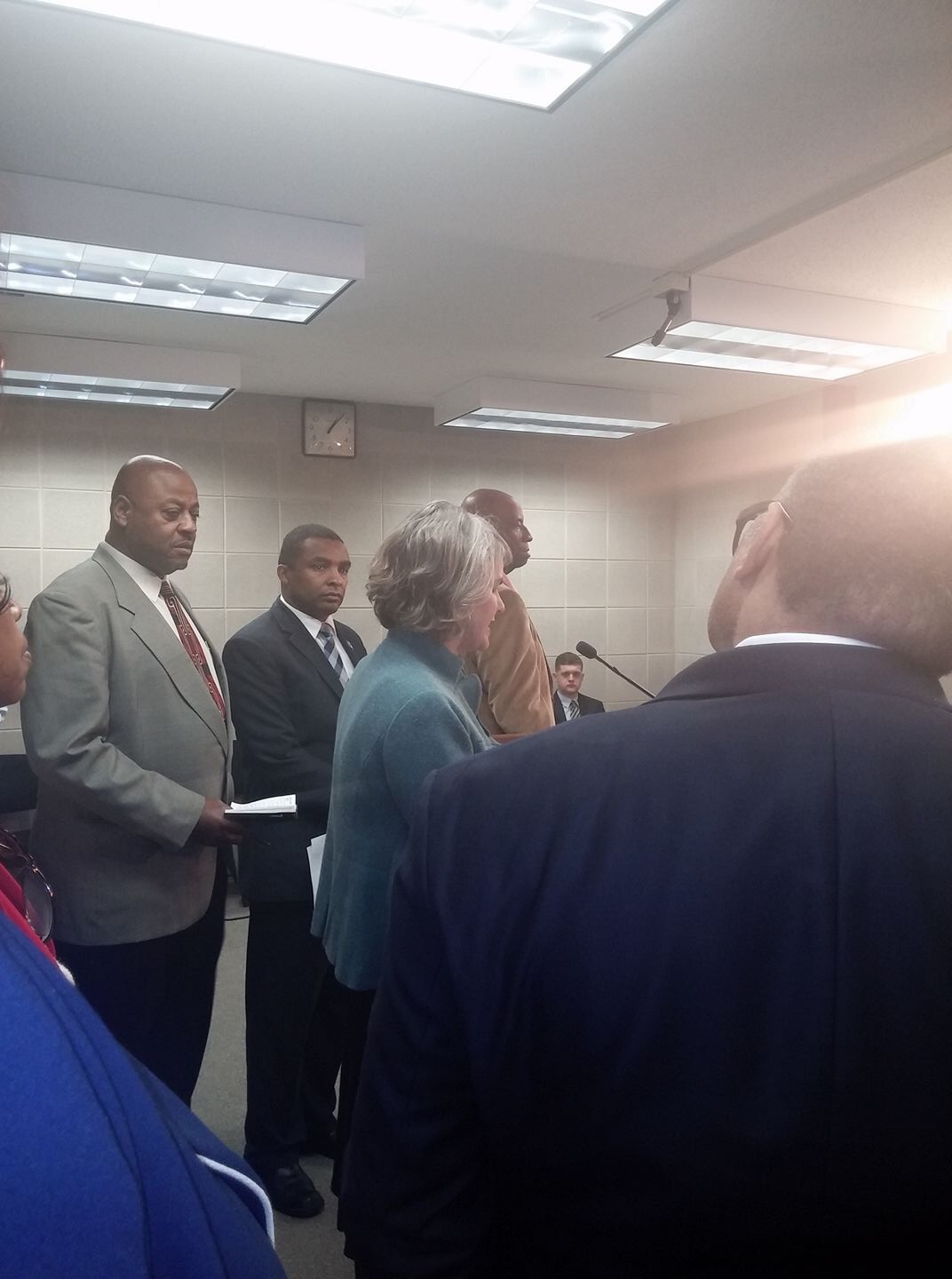 Good afternoon. Thank you to everyone for joining us here today.

My name is Caroline Armijo. I first began advocating for coal ash cleanup at Belews Creek in 2010 after losing several loved ones to mysterious illnesses and rapidly advancing cancers. I shared my concerns with my mother, who shared them with her dear friend, Annie Brown. Annie naturally became our leader and started collecting names of people with serious health concerns. This is how our coal ash movement began. Simply sharing stories, which is what we are doing here today. And the ripple effects have been phenomenal.

This month thousands of people are gathering in communities around our state to watch Democracy for Sale featuring North Carolina’s beloved, and hilarious, son Zach Galifinakis. He connects the dots between money, politics and pollution. The director filmed in Stokes County at the US Civil Rights Commission on Coal Ash in April 2016. Then Zach interviewed Tracey Edwards about the loss of her mother and our leader, Annie on September 28th, 2014. She suffered from a massive heart attack. She told her husband Pete, it felt like an elephant was sitting on her chest. This was eight months after the Dan River spill, which occurred just down stream from Belews Creek three years ago tomorrow.

In the film, Tracey shared her own heartbreaking story standing next to Annie’s grave. In her early forties, she had three strokes and a heart attack. Mind you, Tracey did not know who Zach was. And I heard they had a grand time singing Prince covers as they drove around. They passed the 12 million ton coal ash pond. Polluted pond water has been flowing continuously into the Dan River since 2006, It contaminates Madison and Eden’s water supply. Zach also saw the 8 million tons of ash already capped in place. It’s a funny shaped mountain next to the road. The Southern Environmental Law Center proved it is a failed storage technology through litigation. A giant arsenic plume contaminates the neighboring groundwater.

These maps of almost all of the coal ash pits around the state identify buried streams beneath the ash. These pits will never be completely drained and dry in order to cap them. A continuous flow of fresh groundwater constantly feeds them. At Belews Creek, our coal ash pit is over 140 feet deep and 280 acres large, fifty of which sits inside of our water table.

Today we are calling for the end of unsafe storage of coal ash in North Carolina. Capping in place is simply not safe. Plus, it is a waste of our most precious resource – water.

It is also a waste of one of our most abundant resources – coal ash. The concrete industry needs this ash to meet the demand of 5 million tons of ash by 2020. Duke Energy stores over 158 million tons of coal ash in North Carolina alone. Yet there is a national shortage of coal ash and industry is forced to import other countries pollution into our ports and transported across our state. So we applaud the inclusion of recycling of coal ash in HB 630. However we would like to see the annual requirement of processed ash increased by an additional 500,000 tons. No more ash from Asia!

We also want innovation! We want to work with local universities and industry to develop new technology for new ways to reuse coal ash. We believe storing it in a solid form is the safest way to protect our air, water and our bodies.

We want to be part of the decision making process – the communities that will feel the greatest impact of these decisions. We want to minimize transportation of coal ash and maximize its reuse. We want to be a world leader on how to handle this crisis. This is a golden opportunity to rectify this situation that has been plaguing our families for decades. Most of all we want transparency and we want respect.

And now I would like to close with a prayer:

Thank you for gathering us here today. We call on your strength and wisdom to guide our conversations. May your grace elevate the stories and ideas shared here today.

We ask that you, the Great Healer, bring forth a comprehensive healing of our natural resources and our people.

We also ask that you nurture the seeds of innovation surrounding the coal ash issue.

Furthermore, we pray that you use us to be Repairers of the Breach in our great, but divided nation.

Help us to live out your call in the words of your Great Prayer: Thy kingdom, thy will be done on Earth as it is in Heaven.