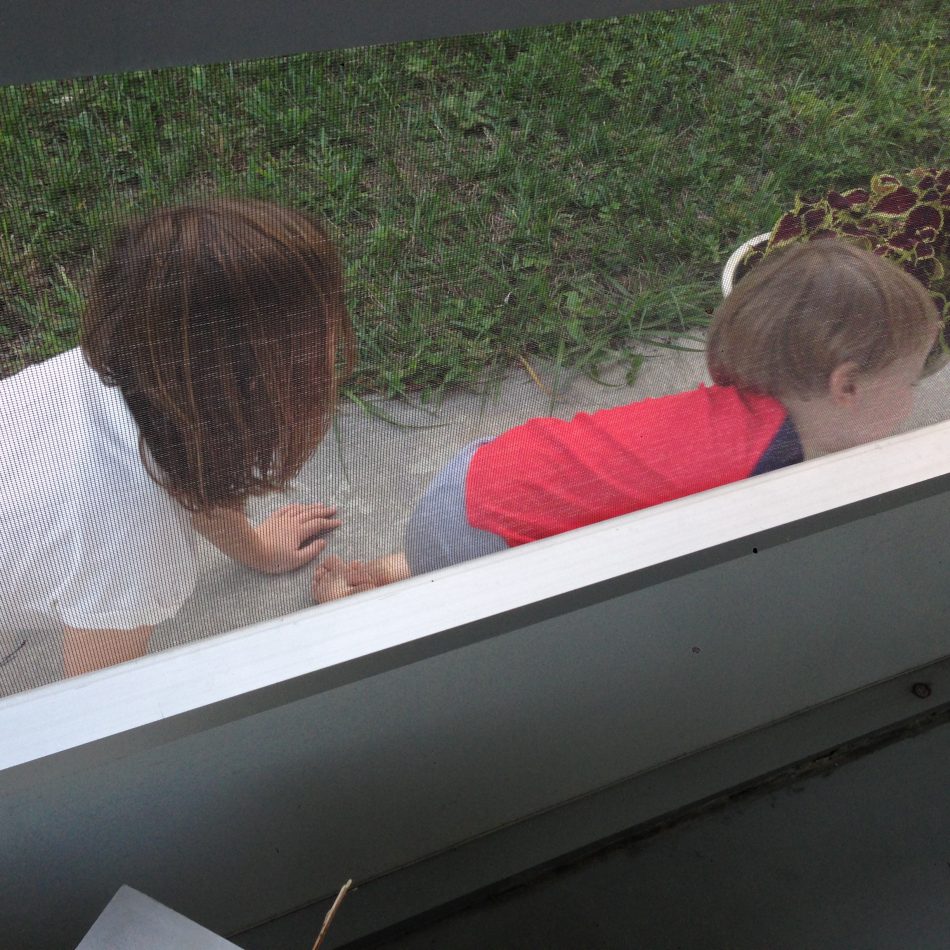 Luckiest Girl in the World

It feels like I basically stopped blogging with the death of Antonio last fall. I know that is not the complete truth. But a rapid loss of that magnitude leaves you feeling lost in a feeling of deep grief within a rapidly moving world. It’s easier to just not go through it and keep moving forward.

In my continued attempt to “publicly display gratitude,” today I am sharing an experience from earlier this spring when we flew home from Spring Break in Florida. It was our last family visit to Henry’s childhood home, a place I savored because it reminded me of the carefree days of my childhood while I stayed after school with Memaw.

Today we went to Tropical Bakery for Cuban Coffee before we headed back to North Carolina. The rental car’s Sirius Radio played “Same Old Lang Syne” by Dan Fogelberg. There was a recent article in the New York Times Magazine about how it was a true story. Henry remarked on how awful the song was. I said I was surprised to hear it outside of Christmas holidays. It was my first time ever. 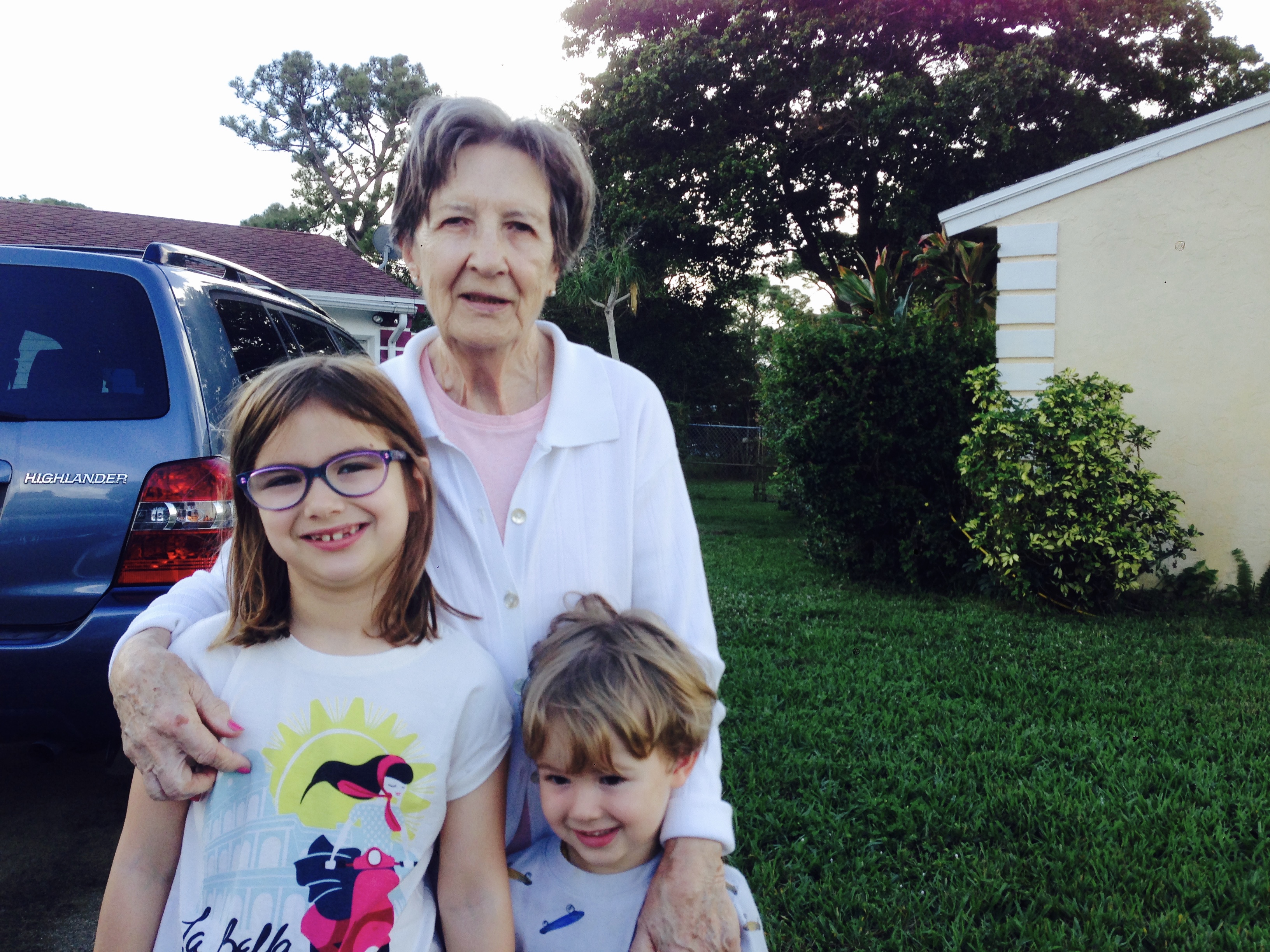 We talked about his mom moving. Really we had no idea we had already passed through our last Christmas in his childhood home. And honestly, it was a rushed gift-opening at best. It was also a heartbreaking eye-opener that Christmas had changed forever. I had no idea that 2016 would be the last.

As the instrumental sax of the traditional Auld Lang Syne crooned, I looked out the window holding back the tears. So much heartbreak and tears swallowed away with the severity and finality of pancreatic cancer. The weight of twenty years of holidays mingled with the uncertainty of how Martina’s new life will unfold.

The feelings of joy that Antonio gave the remote control car to a barreling toddling Oliver five years prematurely, but while Antonio could still lie on the floor and savor the experience.

The quarrel between sentimentality and practicality over bringing home Antonio’s electric blue Schwinn beach cruiser – a Legacy with a new seat and worn foam handles begging for a large whicker basket and to be ridden daily once again. Certainly getting the bike back to Greensboro from South Florida would cost way more than its value.

Should we reclaim the new gifts never used and packed away in recycled gift boxes and tissue? We spent Thursday morning opening them up. With each gift it was easy to recall a Christmas we shared once before. It also served as a reminder that my in-laws only sought our presence.

As I scan the seats on the plane around me, I spy a prophetic headline on the lap of the grandfather behind us:

“A Childhood Home That Was Divine”

In a flash, the article is gone, folded over and resting under his weathered hand adorned simply by a gold band. Turning to reflect on the sincerity of this news, I notice the newspaper held by the lady two rows ahead of him. It briefly flashes another headline before me:

“I Am The Luckiest Girl in The World”

I am the luckiest girl in the world:

To have found love and adoration, boundless generosity, and support from a small family so very different from my own. 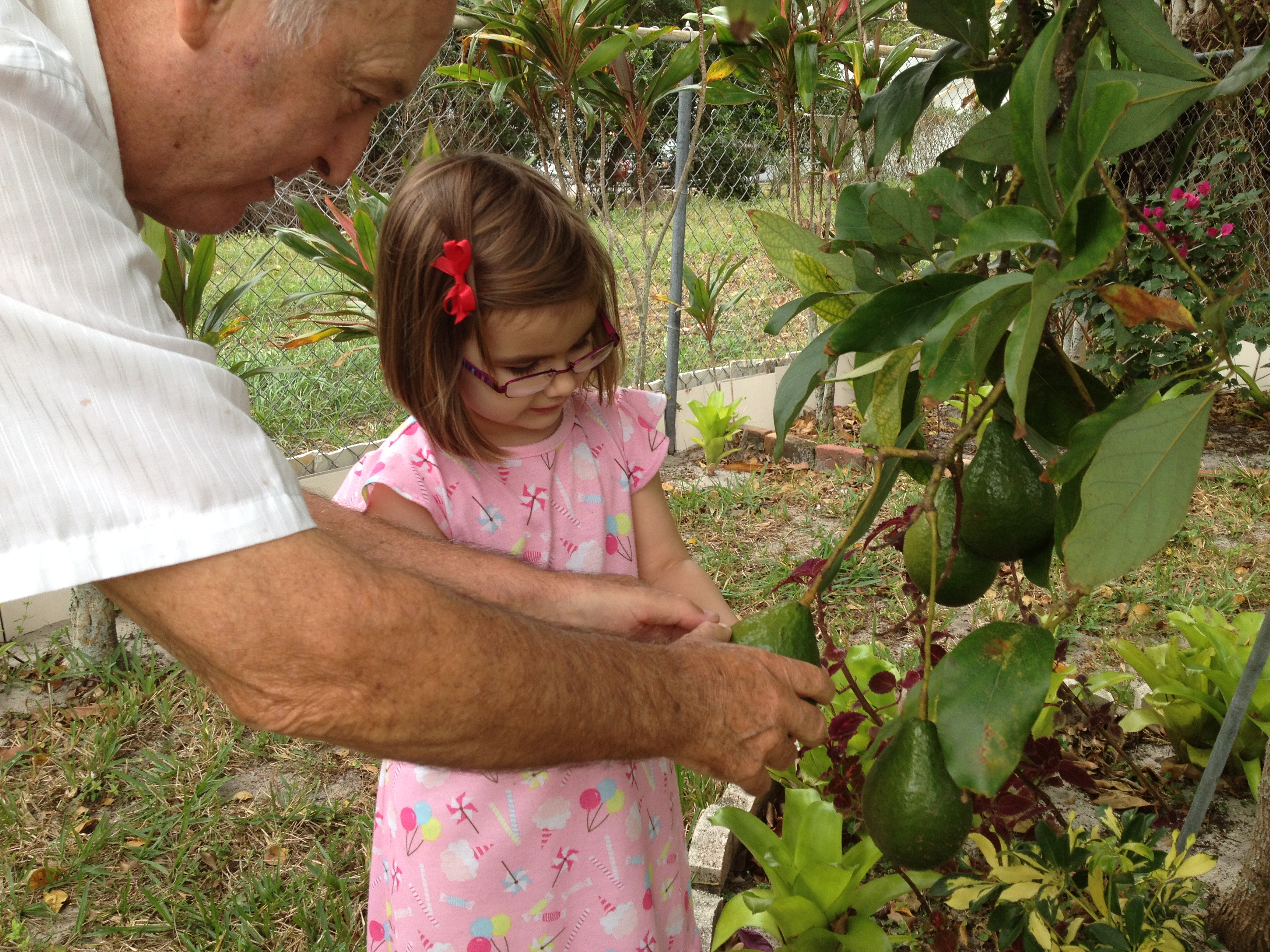 To be welcomed year after year, season after season, where family meals were the primary focus. Simplicity was as expansive as the white tiled floors. I often felt as entering their home was like being ushered back to time with my Memaw in the late Seventies and early Eighties. 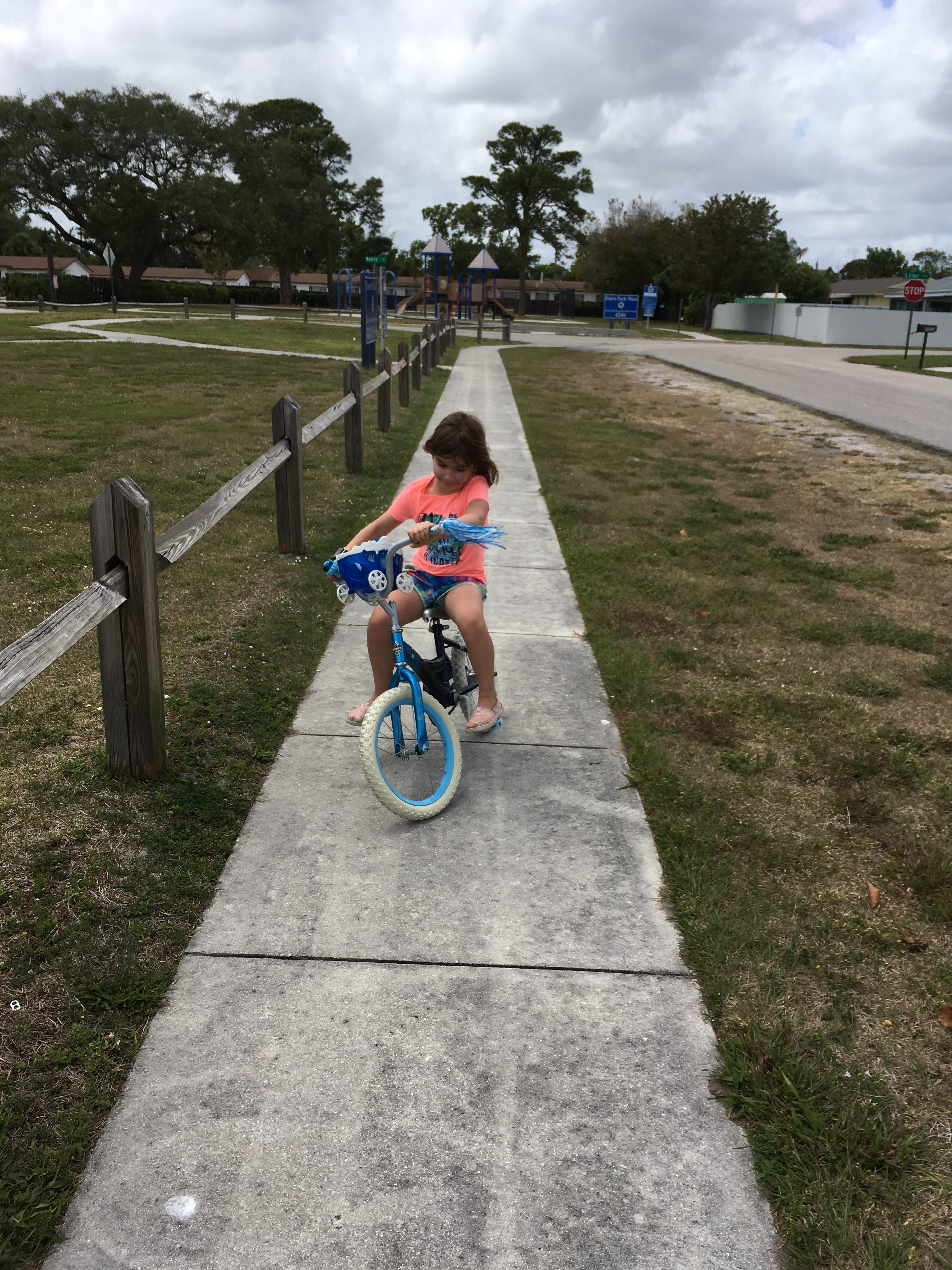 This week we went to the neighborhood park to ride bikes. Lucy found the wobbly training wheels on her Cinderella bike to be cumbersome. So I unscrewed the bolts and took them off. I started trying to teach Lucy how to ride her bike. I ran along beside of her over and over again. Just starting with the practice of putting one foot on the pedal and the other remaining on the ground to push yourself on your way. It’s a delicate balance that you can only gain from repetition. We returned home on the sidewalk, where Henry took over with the lesson.

They started the second part of the practice in the back yard on the grass. I thought that was a good idea hoping to provide a gentler fall versus the pavement. I joined her on Antonio’s bike. We rode laps around the yard. Rather I rode laps around Lucy and her dad picking her up and pushing her off again and again. Henry’s balancing and simple commands served as a steady rhythm. I can only imagine what the neighbors on the darkened screened porch thought of our drills and Lucy’s chanting of Queen’s “We are the champions” at the top of her lungs.

By the afternoon, Lucy and her dad took to the streets where Lucy finally mastered her new skill. She woke up the next morning ready to hit the streets again. A little more practice before heading home.

Lucy shared her philosophy as she practiced: “When you are light as a feather, believe and succeed.” Wise words, my seven-year-old friend.

I remember learning to ride my bike with my dad. We were next to my home, a small bank between the holly tree and magnolia, where I greeted my wedding guests before our reception sixteen years ago next month. I climbed back on my bike and my dad would let go for gravity to help guide my ability to balance over and over again.

Finally he took me to the gravel driveway where I began with his reassuring hand until I reached the front yard unknowingly all on my own. That memory is forever seared in my heart.

I am grateful that this milestone for Lucy will also create an indelible mark on her heart at such an important place never to be forgotten. It provides a glorious final resting place for what is likely to be our last visit to Buela’s that isn’t filled with boxes and emotions running high before her first move in almost forty years.

I am incredibly grateful to share that Martina has moved to Orlando with my sister-in-law, where she spends her days going to Mass, craft stores and coffee shops. Otherwise, she enjoys her telenovelas and hanging out with her new companion, Jack, a sweet, little, loyal puppy. We are so grateful that Martina weathered Hurricane Irma without harm. The house sold in August just before the onset of Hurricane Season. Hallelujah!