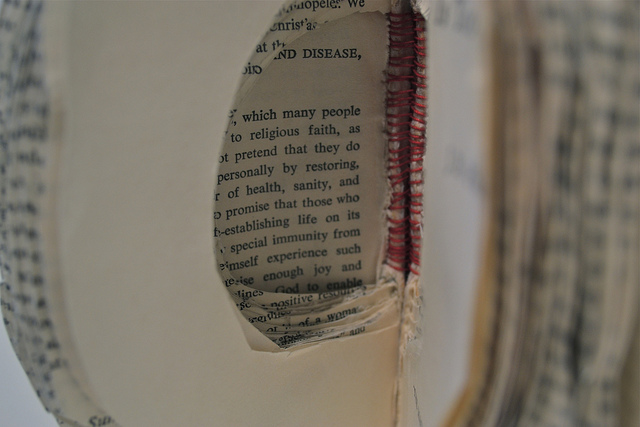 In a Perfect World: Justice Gray Matter is my first piece for a new series. I am in the process of creating six pieces for Advent. I had these ideas building up in my head of what I wanted to create. So when Amy approached me with the request, I decided to make the work I already wanted to make fit in with her series, In a Perfect World. Will these pieces represent the perfect world she is thinking of? Doubtful. But that’s the beauty of art. You can stretch the meaning to make it be whatever you want it to be.

She gave me six words: Justice, Peace, Wholeness, Salvation, Grace, and Gratitude. Before I knew it, I came up with an idea for each. Four of which I wanted to make anyway and a couple of extra that I thought would work. I am excited about the series and I hope that I can pull it off. Especially with our insanely hectic fall schedule. I imagine it will only get worse by the end of the year.

I have my first piece finished and will be showing it this weekend at the Pyramid Atlantic Book Arts Fair. If you are in the area, come out and tell me if you think the piece is finished before the series officially kicks off at Calvary on November 28th. I began working on Gray Matter a couple of days before my friend was about to undergo her second brain surgery of the summer. I was worried. I promised her that I would pray for her. And I did. Day and night. It felt like an obsession. And my faith was faltering. A couple of weeks earlier, I had prayed all week for Hansel, my childhood neighbor, who never recovered from a biopsy on his brain tumor. A few days later, my aunt’s sister died of a rare form of leukemia within ten days of learning she had it. I was overwhelmed. I did what I do when I don’t know what else to do. I began working on an art project. I had partially excavated/destroyed the book Your God Is Too Small a couple of years ago as practice for the Water from the Rocks. The book was in two pieces and looked like a couple of capital D’s. The book kept popping up in my mind. So I went to the studio, picked up the book, gathered my scalpel (a real surgeon’s knife) and blades, and headed home for nap time. As Lucy slept next to me, I carved away one page at a time, searching for something. I kept thinking of the phrase, your God is too small. Whose God? My friend’s? Mine? I read bits of passages as I worked. At a certain point, the page read the scattered words “hopeless little prayers.” That was it. I felt hopeless. But the art looked bad. Not because of the text, but because of the design. Clearly this cut was forced and I had to make the decision to keep on cutting. Maybe prayers aren’t hopeless.

The next morning I woke to a story on the radio about the fish in the Potomac River. I thought, “It’s the water.” And a simple web search lead me to discovering the connection between coal ash and cancer. It also led me to Dennis Lemly, a professor at Wake Forest University, who has been studying the fish population for thirty years. He has written countless reports and pleas to the EPA. Obviously fish are an important look at how the water impacts the human health system. But no one was making an obvious connection, that yes, in fact the people in the community are sick. So I emailed and told him.

In my five years in DC, I have only know three people with cancer, and only one of those have died. I have known five people to die in the last six months alone from my hometown. Coal ash gives you a one in fifty chance of getting cancer. But when I discussed this with a friend from home, she said that her prayer group included two people with cancer out of four. Unfortunately, the statistics seem to be much worse at home than estimated in the published reports. Maybe I feel so strongly about this after Cheryl’s death. My dad’s twin sister fought a courageous battle against non-Hodgkin’s lymphoma. She passed away in April 2006 after I moved to DC in August the previous year. I was six hours away from my family. It was one of the hardest things I have ever dealt with. I was working at home alone and I spent most of the spring praying and worrying about her. When I met someone new, it was almost like I would say, “Hello, my name is Caroline and my aunt is dying of cancer.” I was that consumed with it. During the moments surrounding her death, I couldn’t do anything. I had a pain in my lower back. I finally got down on the floor to stretch my back. It popped and with that I felt better. It was almost a release of stuck energy. A few minutes later, I received the call that she had died.

The night before seeing the family, I am certain that my heart broke. I was having chest pain and my stomach was upset. I saw a yellow jagged bolt in my chest. I thought, that is what a broken heart looks like.

A couple of years later, her neighbor Jackie, from directly across the street, died of the exact same kind of cancer. They could see each other’s houses from their front windows. Cancer is not contagious. What are the chances of that happening? So all of these people stuck out in my mind. And after I sewed together the two sides of the book, I needed something to give the book structure. Tucked between the pages of the original book are rolls of collected grave rubbings. You can see them stand out in what I hope looks somewhat like a brain.

On 10/10/10, while thousands of organizations around the world gathered to do something for the environment, I worked on my environmental justice art. Mom and I spent the entire day in Friendship and didn’t use the car. (Which is hard for Stokes Co!) And I went to the graveyard and rubbed the gravestones of our church members who had passed away from cancer. I was not able to include Hansel, because his headstone was not up yet. But I did include his best friend, whom he loved to fish with, and died a few years earlier from a brain stem tumor. In all, I included seven members of Friendship, plus a rubbing of Anita’s grave. Anita, more than any other person in the community, likely knew the full impact of cancer. She was the third generation to run her family funeral home. She was also a member of the aforementioned prayer group, which gathered weekly. As I look back of the dates, I have to think that her final prayer was answered. On June 21st, the EPA decided to receive petitions regarding the unregulated coal ash. Anita passed away on June 22nd. Should the government regulate it? Or let industry continue to regulate it, which means do nothing? There are two options and Lisa Jackson is collecting petitions now. The strict regulation requires the coal ash to be cleaned up and ensure that a freak accident won’t result in a flood in Walnut Cove or Pine Hall, as predicted in this EPA report. That also means the coal ash can’t fly around loosely through the air and need to be washed off cars regularly. And coal ash waste would have to be put into lined ponds, instead of the current unlined ponds that have leaked in the local water systems. Which no one is testing for toxins, by the way. Plus, coal ash wouldn’t be allowed to be reused as a substitute for dirt, which would further pollute areas beyond the affected communities. But if the White House and lobbyists have their way, the only recourse would be to sue. That doesn’t seem fair. Aren’t people suffering enough already?

So I am optimistic that the thousands and thousands of prayers flowing from Stokes County, and throughout the rest of the country, over the years have finally been heard. Now we have an opportunity (maybe an obligation) to follow through with our requests. Speak up. Tell the EPA to tell the lobbyists no way. It is very easy. There is a letter already written for you. Just do it now.

Gray Matter is the first piece I created for In a Perfect World, a series celebrating the 2010 Advent Season. These are the six words for which I created work: Justice, Peace, Wholeness, Salvation, Grace, and Gratitude.