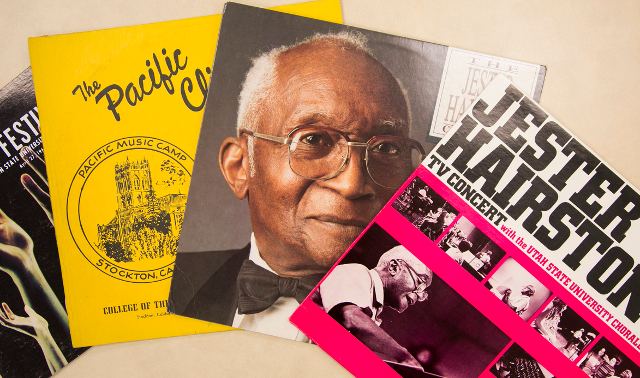 A Birthday Gift for Jester

Today is Jester Hairston’s 116th birthday! I completely forgot until I saw today’s memory on Facebook. I shared the final scene from Lilies of the Field where Sidney Poitier sings Amen with the nuns before leaving town. Actually that’s Jester’s voice. My On This Day Memory read:

Jester Hairston was born in Belews Creek on this day in 1901. We all need this song today. And if you can watch the entire movie, even better. Music has the power to heal. Perhaps this is a start.

I was quick to show this to Oliver. This is one of our bedtime songs along with Down to the River to Pray. His face lit up.

I totally forgot that it was Jester’s birthday even though he has been on mind quite a bit since learning that I was a finalist for the National Creative Placemaking Fund in May. The final proposal is due on August 9th. So I have been diligently working on all of the various documents, maps and videos that I need to submit. We travel quite a in late July and I have learned the skill of “precrastination” after hanging out with Henry for twenty years.

Yesterday, I completed an updated version of the initial video I submitted in February. I have a clearer vision of how I hope the project unfolds. I continue to be surprised by all of the other wonderful artists and projects I hope to collaborate with during the process.

Happy Birthday, Jester! The more I learn about you, the more I am amazed by your artistry and your role as a civil rights leader. I am so excited about this project and the transformation that I hope it will bring to Walnut Cove and everyone involved.