I seem to always notice patterns that pop-up in my life. This week, the trend seems to be people leaving for Africa. 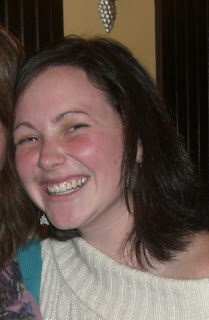 On January 24th, Sadie Healy left for Zimbabwe, where she will train women to serve as counselors to other women who are affected by Aids and other social situations. I have been reading the stories on her blog and have determined that she is much braver than I could ever imagine. She will be there for the next six months. Incredible. It seems that I am not the only one a tad bit overwhelmed by her trip.

The following information was provided in the church bulletin on her last Sunday in church. The statistics are quite startling. I can only imagine then putting names and faces to these numbers.

Zimbabwe is located directly north of South Africa. The country is currently in a state of hyperinflation (2,000%), which coupled with AIDS as well as poor policies has left many devastated. About 3,000 people die each week from AIDS, and since Zimbabwe was just denied Round 6 of the Global Fund (for undisclosed reasons) no one in the country will receive medication for AIDS due to a lack of funding. Since 83% of the population lives on less than $2 per day, individuals do not have enough money to buy their own medications.

A little, well, a lot closer to home… Henry will be leaving for Rwanda on Friday for a week’s stay. He is there as a visitor of the government helping them to write their Freedom of Expression laws. Apparently, some strict rules were put into place after the 1994 genocide. So he is doing some exciting work in Africa, as well. He is still at work preparing for his trip and warned me that it would be a pretty late night for him. He had all of his inoculations today and now his arm is a little sore. Although I frequently leave him for a week at a time, I must admit that I am a little nervous about him being so far away.

Last week when Henry called his parents to tell them about his upcoming trip, I searched for images of Rwanda on Flickr. Quite amazing images. Check them out. This photo, along with others by Lindsay Stark are phenomenal. This was taken in Gikongora, Rwanda, outside the genocide memorial. Her caption directs viewers to Nate’s blog entry about genocide tourism. Pretty sobering entry.