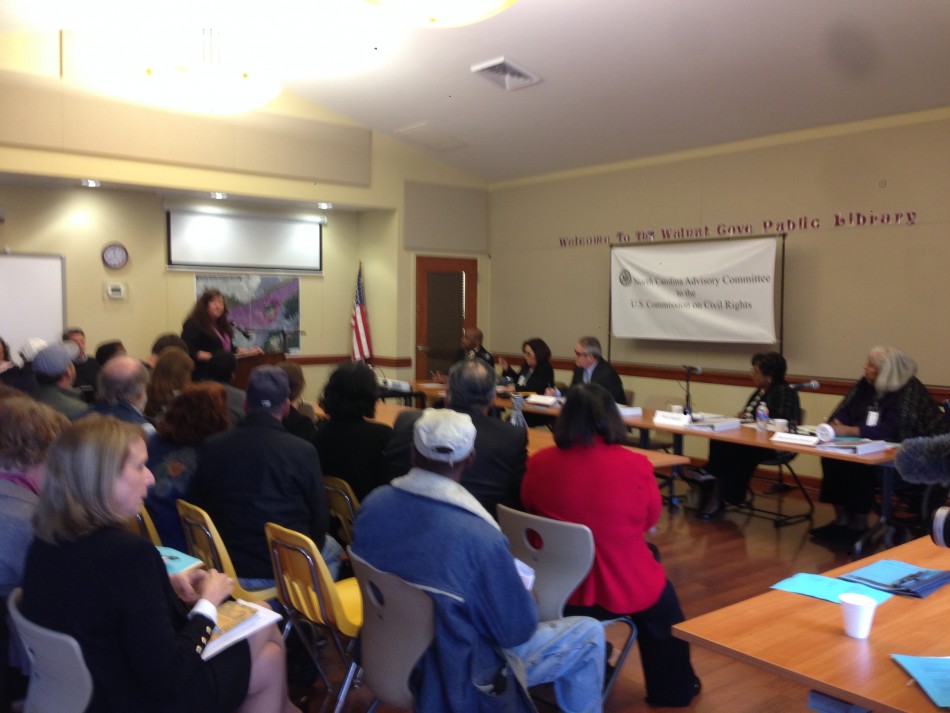 The following is my testimony from the United States Commission on Civil Rights Public Meeting, Examining Health and Environmental Issues Related to Coal Ash Disposal In N.C. on Thursday, April 7th, 2016. 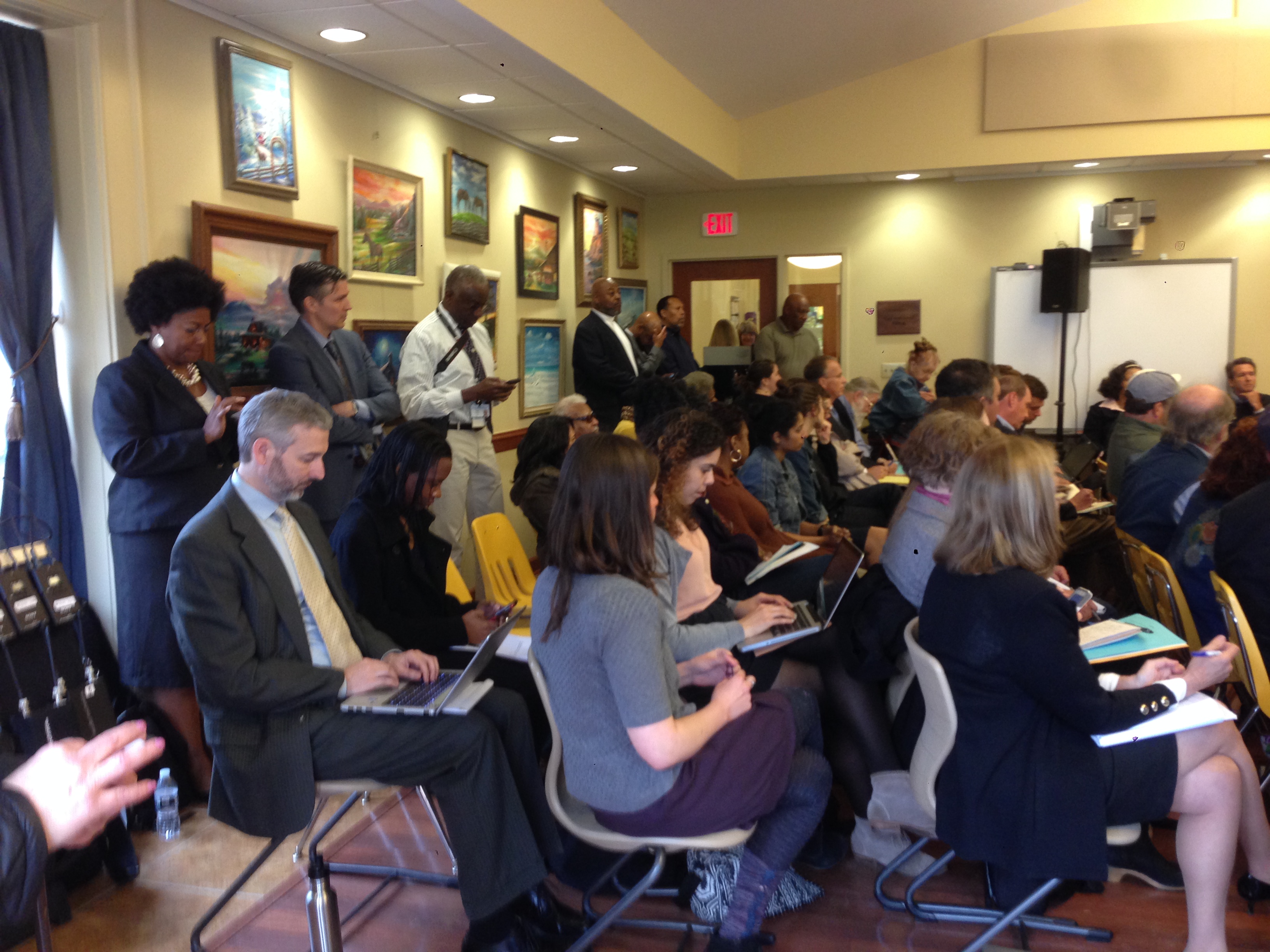 This was easily the pinnacle moment of our organizing around coal ash. Three hearings were planned around the country – Alabama, which was canceled at the last minute, North Carolina and one in Indiana. This happened in Walnut Cove, ya’ll. On Monday, April 7th, in our tiny little town, in the library, there were rows and rows of people in suits lined up to testify. It was just like something you would see televised on C-SPAN. In that space, I felt more like I was in Washington, DC than in Walnut Cove. And even though one of the commission’s panelists deliberately framed two of the people testifying on my panel for a political sounds bite, the room was filled with a powerful love more fierce than I can put into words. 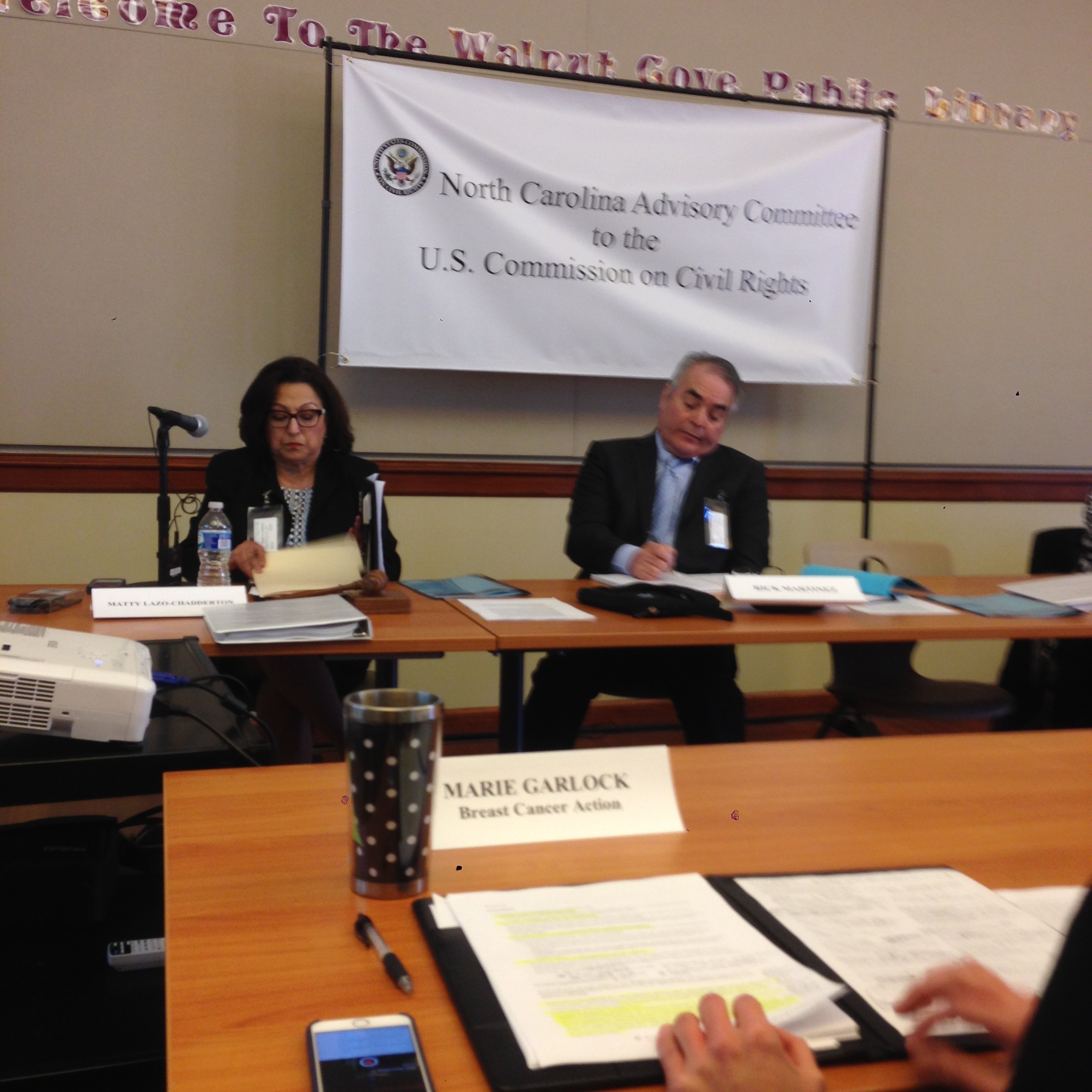 My prayer is that some seed was planted that day that will permanently shift the encapsulation and disposal process of coal ash in North Carolina, the United States and the entire world. Pretty radical, I know! But I am an optimist.

I found that what my original speech was a little bit longer than this. I knew my time was short and what I had to say was long. I began to skim over the text and use my text as an outline, which is better. It is one thing to write something and completely different to read it out loud.

I apologize for the crazy formatting, but this was taken from the court reporter’s transcript. I have made a few edits for clarification. But if there are others that you may find, I am happy to update them. Additional resources I refer to in my speech are found at the bottom of the page, along with press from the event.

The Rest of My Comments
I have included a report from NCSU written for the Cement Industry to study the demand for coal ash in this area after Duke stated that there was no market for their ash. The reality is it is not the best financial incentive for their shareholders. The same article stated that over 180 ideas had been submitted to Duke, but none of them were able to meet industrial demand. Perhaps their unwillingness is related to having a state government run by your former employees.

After discussing regulation and his unawareness of the health risks, I told one of the cement guys about a dry landfill of ash on a family farm directly across from Raylen Vineyards in Davie County. He agreed that was a bad idea. He said, “Oh yeah, you don’t want that stuff laying around.”

Doing nothing is an affront to the civil rights issue. We have seen precedent set where doing nothing has in fact resulted in significant health issues where people claimed that wasn’t any problem. The time to act is now. We are open and ready.

U.S. Commission on Civil Rights chairman to residents near coal ash: ‘You will have an advocate’