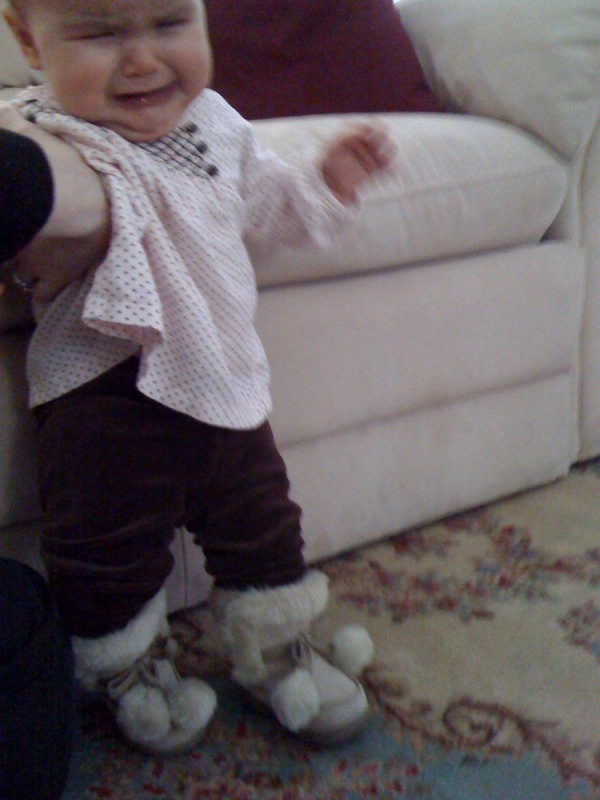 Miracles from the 2010 Ice Storm

Last weekend, I was reminded of the 2010 ice storm, because we planned to go to DC for a coal ash hearing. But the trip was cancelled due to the blizzard. Unlike the 2010 storm, we received what felt like the perfect amount of snow here in Greensboro. We were stuck in the house for four days and were out of school for a very long weekend. But we had a great time sledding. Plus we were able to easily get out by the time we ran out of food.

I believe a few piles of snow are still on the ground outside. As promised, I am finally getting back to writing the remainder of the story from the 2010 Ice Storm in North Carolina.

We had escaped the first round of snow in DC and Lucy and I flew back the day before Round Two. Lucy was a baby, not quite nine months and not really sleeping, which was typical for the first three years of her life.

I caught a ride home with Alex after he came to visit me in DC. I am not sure why I thought the trip was a good idea. Maybe to celebrate his birthday. I would much rather be in Downtown DC in two feet of snow than in rural NC in an inch of ice. (Click here for Part 1 and come right back!

After my haircut on Thursday, I returned to Walnut Cove. There was a notable the smell in the office. It was pungent. But Mom and Shelby blamed it on the feral cats that live in a small house located in a curve about a hundred yards behind from the basement door of the office. Mom insisted that they were also in the basement and the source of the smell. I was dubious. I thought it smelled like gas, but they insisted it was not.

During my trip home, I was busy cleaning out my stuff from Mom and Dad’s house. So I do not have a lot of notes from Thursday or Friday. But I did go into full detail about the ice storm once it hit Friendship. My parents live in the middle of a five-acre tract of land. The house is set pretty far back from the road and large looming pine trees stand in front of the house. They often sway with the winds of any storm, which can be quite unnerving. Especially once we lost power and the creaking noises were so obvious.

Around 3 or 4 pm on Saturday, the ice storm was well underway. I thought that we could just hunker down and ride out the storm. But then the trees started breaking and falling. The first one barely missed the Jeep. So Daddy moved all three of the cars. Not too much longer, a tree fell right where the cars had been parked. So if he had not moved them, we would have been out two cars.

The power kept flickering on and off. I should have known that we should have packed up at that point, but Daddy and I both tried to work by the remaining light.

So after dusk, we took the a long, stressful drive down Friendship Road, which is five miles of winding roads and hairpin turns. It was unlike any I had ever taken. And we have been stuck in the snow several times as children. Or Mom had a tendency to run out of gas when we were little. It was quiet and we were creeping along so as now to fall down a huge embankment. Trees were breaking and I was bracing myself for the curve at Corinth. I felt like I was in a glittery scene from the Apocalypse. We made it to the end of Friendship in Germanton. I was certain that they would take me straight to Alex’s in Winston before the ice got any worse. But instead, Dad turned left towards Walnut Cove. I was furious. But Dad wanted to know why Alex was receiving so many phone calls.

Come to find out, water was leaking from the roof and a huge drop of water was hitting redial. So the call prompted them to come and cover up Mom’s desk and computer, which was at risk of being completely ruined.

When they finally returned to the car, Daddy kept saying, “It’s a miracle!” really excited like a scene from an old movie. Sometimes he will dance a little jig and hold his hands when he gets excited like this. But since he was driving, he couldn’t really do that. I would say he actually pronounced it like “mur-a-kle” over and over again. Then Dad started counting his blessings of the day – first the cars and then the office. Of course, Mom was like “When will this nightmare end!?!” I was still super stressed about making it to Winston safely, but definitely amused by the whole turn of events.

I spent a couple of nights at Alex’s. Instead of returning home, Mom and Dad slept on the couches at the office Saturday night. Maybe Sunday, too.

As I pulled into the office on Monday, I noticed a small SUV that had a bunch of cat food bags inside the open trunk. I was startled by how many there were. I went into the office and told me my mom what I had seen. She seemed annoyed. As we were talking, I was staring out the back window behind her desk. I saw the said person approach the building to feed the cats. I shrieked “There she is!” And she turned her head towards the office. Like she heard me! I mean the building is not THAT close. It felt like a scene from a Wes Anderson movie!

I insisted that it still smelled really bad in the office and it smelled like gas. I remember having an argument with Lisa not to light her cigarette outside the front door. She was insistent. So I told her that she had to wait for us to leave before smoking her cigarette. She replied, “I have never heard of a building exploding because of cat pee.” Then Shelby admitted that someone who worked for the gas department had said on Thursday that it smelled like gas in the building. !!! That was all I needed to hear. I called 911. Then I packed up Lucy and my belongings and headed to Sam’s Pizza, etc.

From there I watched as the fire department came in and shut down the entire block. The answer was in the basement. Not cat pee. But someone had stolen the copper pipes out of the building and there was a gas leak that had probably been going since at least Thursday. AND MY PARENTS SLEPT IN THE BUILDING.

But everyone survived. And the building is still standing. Fortunately my parents have left that office and don’t even have a basement in their new place.