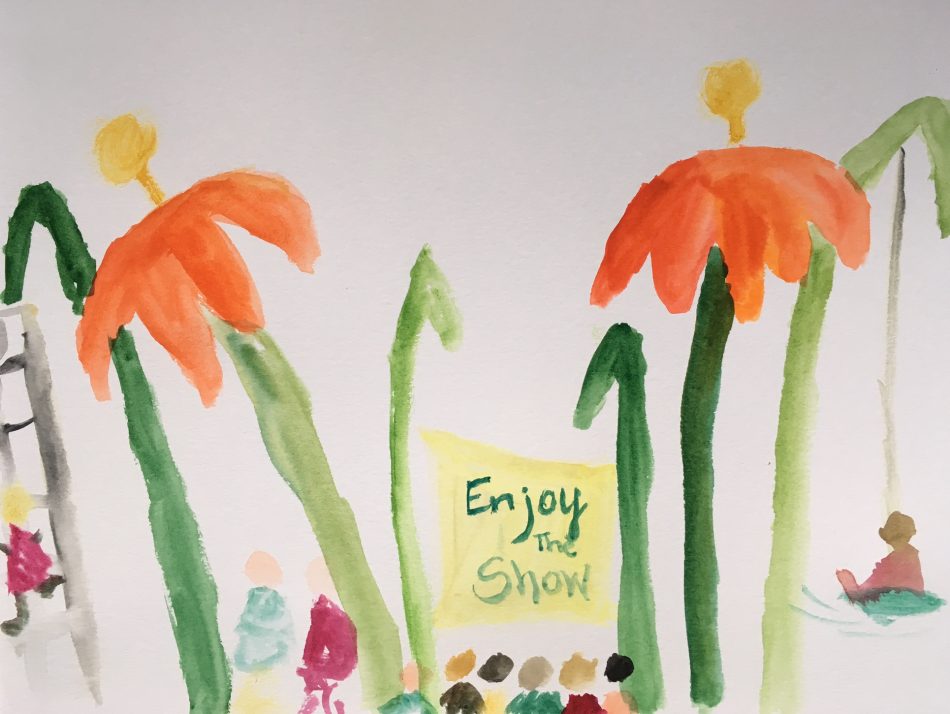 Lilies of the Field Makes the Cut!

I am beyond thrilled to announce that I am a finalist for the Lilies of the Field project that I submitted to the National Creative Placemaking Fund way back in February!

Here is the video I submitted.

Since then I realized that this project will not be part of a future greenway. But I will save those details until later. For now, here is my press release.

(June 9, 2017) Today, ArtPlace America announced that Lilies of the Field, a community-based public art and environmental remediation project designed by Greensboro, North Carolina-based artist, activist, and Stokes County native Caroline Armijo in collaboration with Appalachian Voices, North Carolina A&T State University’s Center for Composite Materials, the Stokes County Arts Council, and other organizations, is one of 70 finalists for the 2017 National Creative Placemaking Fund (NCPF). ArtPlace selected these 70 proposals from 987 applications, making Armijo’s project one of just 7% of the projects across the country to make this cut.

Armijo’s proposed project addresses the issue of coal ash remediation. The public art installation will use reclaimed coal ash and solar energy cells to create large lily flower blossoms.The piece is a tribute to Stokes County native Jester Hairston, who composed and sang “Amen” in the 1963 film “Lilies of the Field,” for which Sidney Poitier received an Academy Award for Best Actor, the first time an African-American had received the award. This project will also serve as a national model for how properly remediated coal ash can be put to positive uses.

“As part of my advocacy work, my partner organizations and I are seeking out-of-the-box solutions that help protect our residents by storing coal ash in its safest form – solid. The encapsulation process, which uses a polymer, prevents the fine particulate matter of heavy metals from getting into our water, air and bodies. This grant allows me as an artist to create something that celebrates and elevates the excellence found within our community, one that has also carried the heavy burden of environmental injustices over the last four decades. We are so excited about the opportunity and intend to create a replicable model that can address similar needs in the 1400 impacted communities across America,” Armijo said.

However, properly treated coal ash is a valuable building asset, as it increases the longevity of infrastructure projects while reducing the cost. Currently the concrete industry faces a national shortage of available coal ash and is importing the byproduct of burning coal from China, Turkey, Poland and other countries. North Carolina alone has 180 million tons of ash buried in communities near rivers and groundwater sources.

“These seventy finalists are extraordinary examples of the ways that artists, arts organizations, and communities are thinking about working together,” said ArtPlace Director of National Grantmaking F. Javier Torres. “We look forward to learning more about all of them, as we visit with them this summer.”

“Each of these projects has proposed something extraordinary and important,” added ArtPlace Executive Director Jamie Bennett. “We would love to be able to invest in all of them, and know that choices ahead of us will be extraordinarily difficult.”

The complete list of the 2017 finalists for ArtPlace’s National Creative Placemaking Fund may be found here.

Caroline Rutledge Armijo is a mixed-media artist and environmental advocate living in Greensboro, North Carolina. Her work focuses on spirituality and personal history, and incorporates her concern for the environmental issues threatening her home community. Caroline is also the ninth generation of her family to live in Stokes County, NC.

As an advocate, she works with Residents for Coal Ash Clean Up, which supports the Belews Creek Community, and ACT against Coal Ash, a statewide alliance of the communities neighboring fourteen Duke Energy sites, plus Lee and Chatham Counties, which are receiving the ash in landfills as part of Duke’s clean-up settlement. She has also worked with several other environmental non-profits, including Appalachian Voices, Clean Water for NC, NC WARN, Moms Clean Air Force, Clean Air Moms Action, Earthjustice, Southern Environmental Law Center, and the NAACP.

Armijo’s artwork has been exhibited at The Riverside Church in New York City, CODEX Book Arts Fair in San Francisco, the Pyramid Atlantic Book Arts Fair in Silver Spring, Maryland, and the Hybrid Book Conference and Fair at The University of the Arts in Philadelphia, among other venues. A piece in one of these exhibitions, “Tobacco Rug,” received Honorable Mention in NPR’s Studio:360’s Material Mashup in February 2011.

About ArtPlace America
ArtPlace America (ArtPlace) is a ten-year collaboration among 16 partner foundations, along with 8 federal agencies and 6 financial institutions, that works to position arts and culture as a core sector of comprehensive community planning and development in order to help strengthen the social, physical, and economic fabric of communities.

ArtPlace focuses its work on creative placemaking, projects in which art plays an intentional and integrated role in place-based community planning and development. This brings artists, arts organizations, and artistic activity into the suite of placemaking strategies pioneered by Jane Jacobs and her colleagues, who believed that community development must be locally informed, human-centric, and holistic.