After a long hiatus, I have a new art project that I have been working on over the last few weeks. And mulling over it for a little longer. Plus it is my first artwork that is part of the Greensboro community since moving here over four years ago. So I am very excited.

This piece is one of ten featured in Greensboro’s Visual Poetry Walk, which runs down Elm Street in Downtown Greensboro. I was paired with the most amazing poet, Diana Engel. I am saving her poem Bonsho for now. But I wanted to share some of my progress that I have made so far. Mainly the creation of the main image for the piece.

Upon my first meeting with Diana, she gave me this set of three bells that were the inspiration for her poem. They led her to thinking about Bonshos, sacred Japanese bells created with great skill and care. The combination of the generational ties and call to prayer were right up my alley. I have been spending a lot of time thinking about the healing power of music.

After deciding to create a visual representation of the sound waves, I decided to stage the sounds. Finally, I took Diana’s bells and went to Mom’s. As a child, I was enamored with this large brass pot that she bought while she lived in Okinawa. It has a base, which holds a small flame under the pot. Plus there is a tall removable chimney and lid decorated with hinged butterflies. I feel like I looked at the pot for hours as a child. We never used it for cooking. I finally asked my mom if you can cook rice in it. Certainly. So I thought the maternal connection was enough. I chimed the bells, rinsed the pot, and looked out the window at our ancestral woods.

Now that you have heard what it sounds like, you can see what that sound looks like.

The SoundViz software allows you to play around with the image. So I slid the options back and forth playing with what looks like rays. They remind me of a bird spreading her wings. 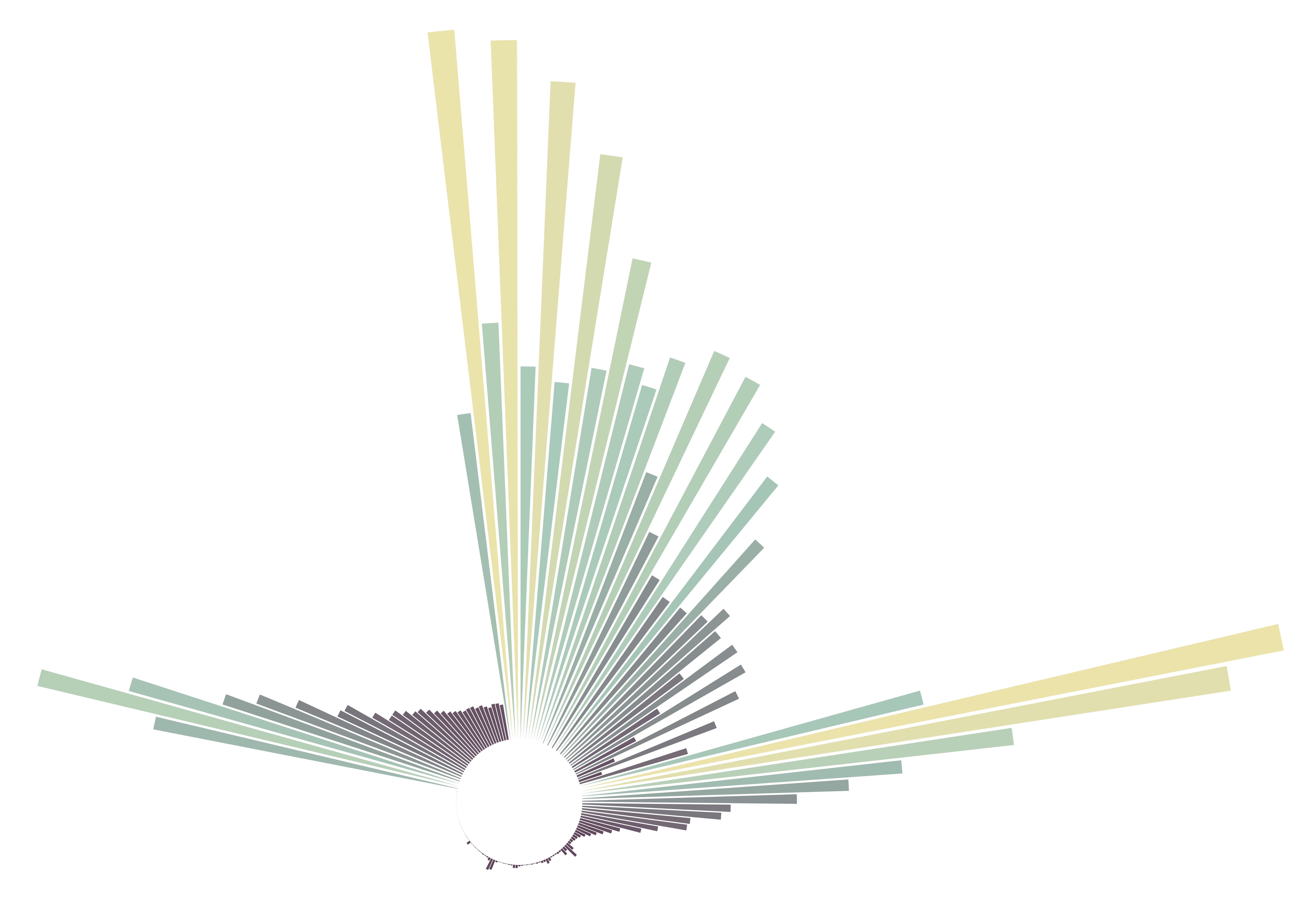 It was hard to decide, but this is the final image. But not the final piece. It is just one element in my collage. I have a lot of cutting to do while my kids are quietly watching Song of the Sea.