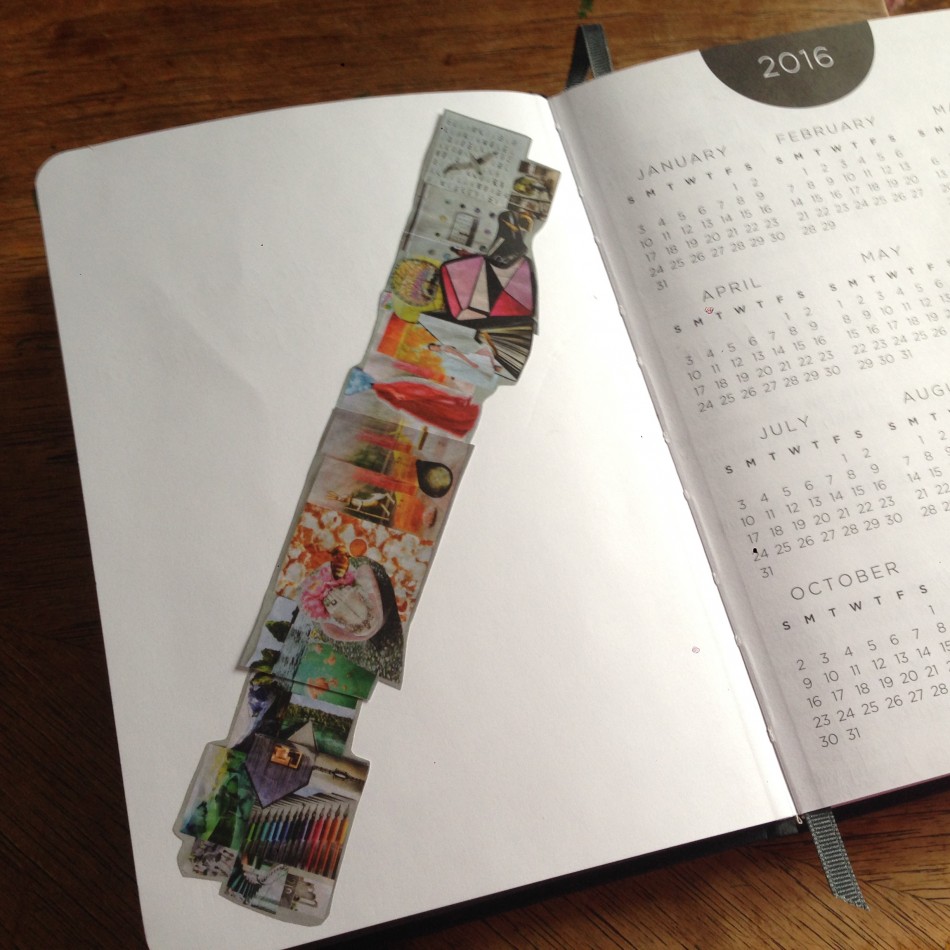 I've gathered my images for my 2016 collage. So surprised by how my 2015 stayed on course in countless unexpected ways.

Last year’s collage for the year was so helpful, that I quickly decided this was my new annual tradition. Instead of waiting for the drive down to Florida, I recycled throughout the year and then took a folder of just this year’s magazine images with us. Of course I had more magazines to recycle on the way. But I spent a lot less time on this project with a little advanced prep work. And I am excited with the result.

My #visionboard for #2016! I recycle this year's magazines and create a colorful intention for the year. Thanks to @elizabeth_gilbert_writer for this idea last year. 2015 was surprisingly right on track like magic.

So far, I see a few familiar images in my everyday life. The top image reminds me of the joy of riding my scooter while in Florida. Plus the rainbow of colored pens remind me of a pack of markers I have been carrying around to use my 2016 Spark Notebook, which I love. And while a little farther along in the sequence, my current journal has a honeycomb pattern on it.

I am eager to see what the year will bring. This isn’t really a vision board in the traditional sense. I am not using this to manifest a new house or jewelry. I just really love the mystery of it and being open to the Divine weaving its way through my life.

One thing that’s different from last year. There is a lot less clutter in the spread. I didn’t use nearly as many pictures and few tucked behind layers. Granted while I was in Florida, I devoured Clutter Busting. While I love the #KonMari Method, this book gave me the additional push to really clear stuff out. After an intense fight involving I-95 traffic, Henry actually thought I was moving out as I began to ruthlessly purge the bookshelf.

But I DO feel freer now. And I do believe it is the thought that counts.

So… that’s why I thought it would be worth making another collage for this year.

As an aside, I am going to TRY to start blogging again, but I am not making any promises or setting any goals. I am supervising a playdate, which has led to this post.