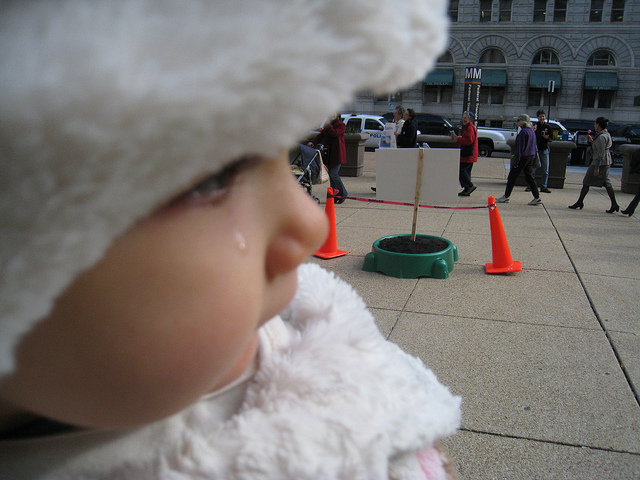 Let’s just say this bunch was way less rowdy than the Mountain Top Removal gang. No one was arrested. And we even chanted a modified version of Ring Around the Rosies. My sign was pretty accurate, but I guess it should say My grandparents live close to a coal ash plant. But Lucy hands were full with the little maraca. And I ended up carrying for most of the march. It was actually a march in a circle in front of the EPA. So we were safe from traffic, unlike the MTR march. The deadline to sign the petition is Friday. Please sign it so that I can move on to something different in my life. And, of course, to reduce the risk of cancer.